Cooking With Our Son 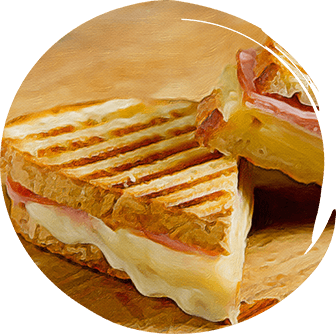 For many families, the kitchen is the heart of the home. Meals, stories, and skills are shared. For Kimberly and Steven, it’s also a place where their son Justin can feel more independent as he manages daily life with Hunter syndrome.

Justin was diagnosed with Hunter syndrome 15 years ago. His parents do everything they can to make each day as happy and positive as possible—and that includes cooking meals with him. Cooking together gives them extra bonding time as they taste-test meals and explore delicious foods. It also provides Justin with more opportunities to feel a sense of ownership and accomplishment.

Justin loves cooking with Kimberly as much as he loves eating—grilled cheese, peanut butter and jelly sandwiches, pasta, and pizza are some of his favorites. And just like his dad, Justin has a sweet tooth. Both enjoy cupcakes and cookies.

But the real fun starts before it’s time to eat. Kimberly lets him help her prep the food. One of Justin’s favorite meals to make is pizza. From rolling the dough to sprinkling the cheese, he and Kimberly tackle every step together. 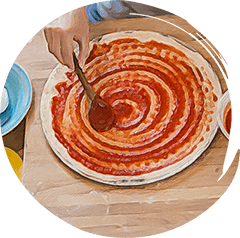 When we’re making pizza, I’ll let him start to roll the dough out. Then we put the sauce on and he likes to sprinkle the cheese on. Then, I’ll put things in the oven.

When it’s done, I cut it up, and I like him to take a spatula and put a slice on his plate. He gets his own plate, comes over, puts the pizza on his plate, brings it over to the table. He really likes to be involved in the project.

Getting Justin involved in cooking has helped him in several ways. First—and most importantly—it brings him joy. It also lets him put into practice some of the important skills he’s learned at school, camp, and occupational therapy. He can work on everyday tasks like following directions, measuring ingredients, and cleaning up.

For Kimberly, the best part of cooking with her son is watching him do things for himself. Seeing him be independent in this way brings the biggest smile to her face.

I like seeing him achieve the tasks that he’s capable of; that gives him a sense of accomplishment and ownership with each meal—rather than just sitting in a chair and waiting all the time for someone to prepare things for him.

Even for the grilled cheese—he eats that quite often for lunch—I tell him, ‘Get the grill, plug that in, get your bread, take two pieces of cheese,’ so there are a lot of directives that I’m giving him and that he’s following. For him, it’s a sense of accomplishment and that’s really our main goal with Justin, to get him to be as independent as possible.

Kimberly and Justin love cooking so much that they’ve created their own kitchen traditions. For special occasions like a holiday, they’ll wear festive aprons. Some days they even wear chef hats for fun.

They also like to play a game where they try to figure out the ingredients for a recipe just by looking at the picture. Cooking together is a sweet way for Justin to bond with his mom, and eating what they’ve prepared is a great way to spend time with his friends and his dad.

When his friends come over to make pizza, I think generally he’s very excited and it’s fun for him. The challenge is, sometimes he’ll eat very fast, and we worry about him chewing his food properly. Sometimes he’s in the moment, people are around him, and he’s excited, and we’ll have to intervene to help him slow down.

He’ll be talking and eating, laughing and eating—that gets stressful for us because we’re worried about a choking situation. But he likes these types of get-togethers, so we do everything we can within his abilities. Because he’s very social. Eating is social and cooking is social.

Kimberly and Steven make sure to balance the excitement around a social activity with the need to keep Justin safe, but that doesn’t stop them from giving him fun experiences. Their philosophy is to be cautious and vigilant while still allowing him to explore life—including cooking his favorite foods and sharing them with friends. 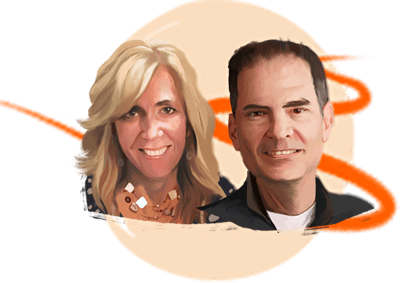