How We Helped Justin Adjust to Virtual Learning 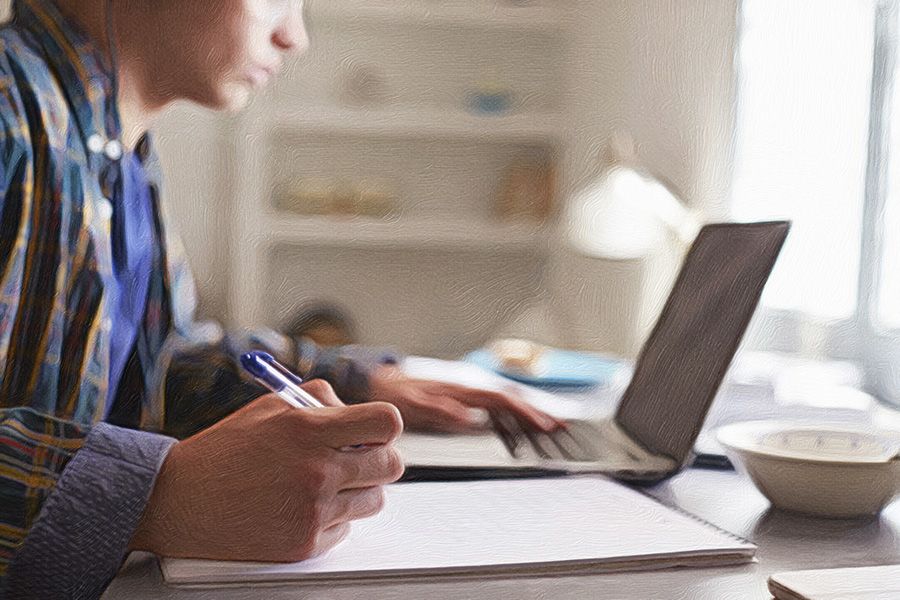 The start of a new school year can bring many emotions—sadness that summer is ending, excitement for what’s ahead, and sometimes even stress. When the global pandemic hit in 2020, parents Kimberly and Steven experienced all those and more. Their son Justin, who lives with Hunter syndrome, transitioned to remote learning for his senior year. Since school was such an important part of his life, Kimberly and Steven wanted to make sure Justin ended high school on a positive note. That meant keeping some well-established routines—so Justin could start and end his school day with a smile.

Before the pandemic, Justin’s routine included attending summer school for a few weeks to help him stay on track. Then, the week before school began, he would attend a “transition week” to get to know his classmates and spend some time with his teacher. Kimberly would take Justin to school to help make sure he felt comfortable in his new setting.

Kimberly and Steven also did their best to ensure that Justin had stability and consistency in school. Every year, Kimberly would request to have the same teacher’s aide. She knew that it can take some time for Justin to get comfortable with a new teacher, so doing this would help him ease into the year. Seeing familiar faces helped him feel grounded. 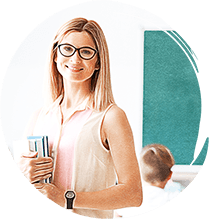 I’d take him to go see his classroom, locker, and meet with the teacher. And I always requested continuity with his aide so that he felt comfortable.

When the pandemic happened, Kimberly and Steven decided that full-time remote learning was best for Justin due to his condition. While this brought some challenges, both parents found ways to make the transition work. For Kimberly, that meant taking on multiple roles.

“Because I'm the primary caregiver, I've had to play a lot of different roles. All these other people that played a role in his life at school—now that fell to me.”

Since Justin’s teachers could not be with him in person, Kimberly needed to be involved in every part of his school day. In a sense, she played the role of his co-teacher, instructional aide, and gym teacher.

Justin used to be away at school for 6 hours a day. With virtual learning, home and school were now the same place. At first, Justin was resistant to learning at home and sometimes had a hard time focusing. Home used to be a place where he could relax, play, and spend time with his family. Now that his two worlds had collided, Kimberly and Steven needed to learn how to help separate school life from home life.

It was important to Kimberly and Steven for Justin to feel happy and not overwhelmed when learning at home. So they decided to focus on the things he enjoys. 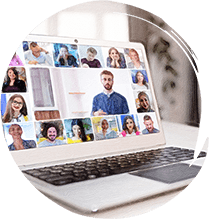 Being able to see his classmates online and play virtual games like bingo made it easier for Justin to focus on his schoolwork. It’s been good for him because he’s interacting with others. He also does well with group speech therapy. They go around the virtual room to practice conversations with friends.

When Justin was physically in school, his daily routine included helping around the classroom—shredding papers, setting up chairs, and working the coffee cart for teachers. During his virtual year, Kimberly and Steven were able to maintain the routine by having him help around the house. He would take out the trash, help with laundry, or vacuum. Being responsible for these tasks not only helped him maintain his routine, but also gave him a sense of pride and accomplishment.

Kimberly also learned that not everything she tried would work as smoothly. For example, supporting Justin during his occupational therapy sessions turned out to be very challenging in a virtual setting. Justin would often get discouraged and sometimes angry. Kimberly felt it might be best for both herself and Justin to take a break from the occupational therapy sessions and revisit them later. 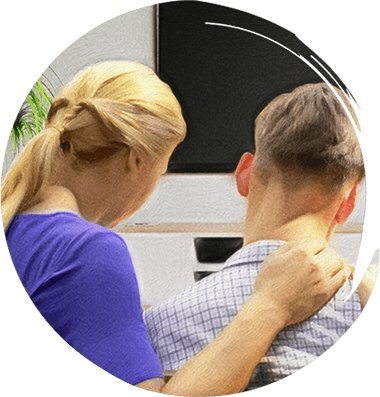 I tried a lot of different things and along the way kept what had the most value.

Throughout his remote year, Justin was often the one to lead the way. While he couldn’t always express his feelings verbally, his actions spoke volumes. For example, when he started bringing out old toys that he hadn’t played with in years, Kimberly knew that he was trying to find his “happy place.” Together, Justin, Kimberly, and Steven were able to find ways to make learning at home fun and comfortable.

5 strategies Kimberly and Steven used to prepare for school

Prepare for the new

Whether in-person or remote, think of anything that might be a new experience. If possible, consider visiting school a few days early to explore the classroom, or set up time to meet with the teacher and any new classmates.

Keep up with routines

Summer is meant for relaxing, but keeping up with routines that have been established during the school year can help ease the transition into the next one.

Try adding new things into your child's routine a little at a time to find out what works best for you and your family.

Keep an eye out for what’s not being said

Sometimes it can be difficult for children living with Hunter syndrome to verbalize feelings. It's helpful to take note of any changes to your child's behaviors and actions.

Things may come up unexpectedly. While change may bring stress, it can also bring opportunities to grow as a caregiver and a family.

Everything in Its Place—The Benefits of Life Well‑Organized